Last night the first German Aesop store opened in Berlin. I have been loving their products since I found the Ginger Flight Therapy (together with the B triple C gel a saver for overseas flights) at Liberties years ago. And, thanks to Ellie Kulas from Melbourne, Aesop has also been supporting the bread exchange through trades since 2010.

For the opening I had baked 12 loafs for them in colortones to match the green wall and the black.

As most of the time with me, I had all breads covered in leaves. Sage, Wild Sage and Chardonnay Grape leaves that I picked in the south of Germany last weekend.

The Black bread was made with charcoal, from Japan and made out of Bamboo.

The Green bread was baked with matcha and with an added sweetness from White chocolate.

The bread was gone in half an hour. It was an early evening. People in Berlin are hungry. 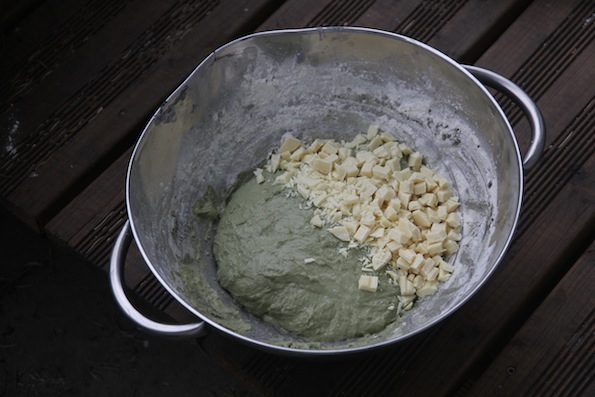 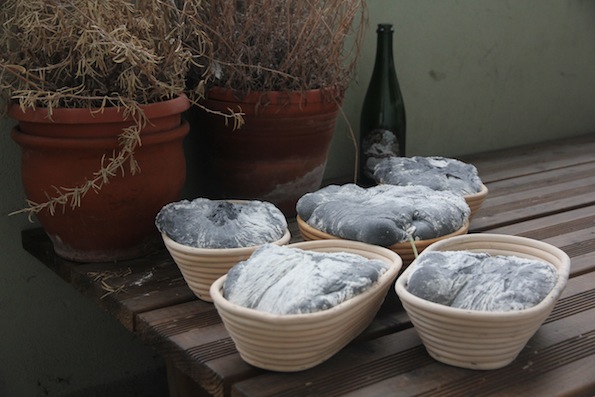 The Black doughs are chilling on my balcony in the wet cold October weather. It is nice to see that someone enjoys the weather. 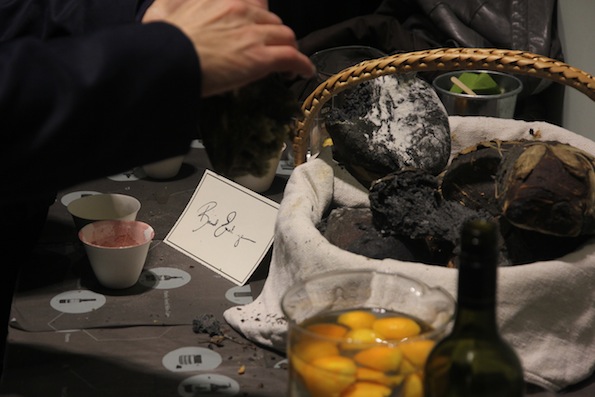 2 Comments on “Aesop in Berlin”