I never visted a country where bread played a larger  role than in Afghanistan. The Bread is practically used instead of the fork and spoons, eaten by the right hand only.

The people I met told me they eat bout 1 bread per person and meal. When I baked my Bread in the Tandoor, a loaf of their size  wheigh about 400-500 gr. That is a lot for one person/meal.

The bread here is mostly baked in a tandoor, a deap hole in the ground , about 1,5 meter deep, with a wood fire on the bottom. The use 2 different kind of wood. First they heat the walls of the tandoor with Archa, a oily wood that makes  large fire that licks the walls of the tandoor. This wood smells lovely, like juniper, and develop smoke that together with the light that shines through the small windows in the ceiling creates dusty strings of light in the room. Afterwards they keep the tandoor warm by heating it with  Balut, or Toot,  a slow burning kind of wood.

The dough they use is fairly soft, almost as soft as my sourdough dough. The baker flattens it out, almost like a pizza dough, and makes one side of the dough wet with water to have it stick to the wall of the oven. It is incredibly hot and I was amazed how they manage to stick their hands into the burning hole, which must be reaching atleast 300 degrees C, or 550F. With their bare hands the baker presses the dough to the wall of the oven and leave it there to be cooked by the flames.

After about 10 minutes the bread is baked from the heat of the tandoor walls. To get the front of the bread just as crisp as the bottom, the baker now removes the bread from the wall with a long metal toung and holds it into the low flames of the slow burning Balut wood.

Afterwards one of the ladies in the bakery scraped the bread clean from any burning corners with a stick of Archa wood, or her hands. In the bakery this became my duty as they thought my way of dough folding was funny and only the bread cooker is allowed to use the tandoor.

The dough rises quite a lot on the hot walls of the tandoor. It puffs up and becomes airy. The taste is similar to the Iranian lavash bread, as well as to Indian and Pakistani variants of naan bread.

I wonder if there is anywhere in Berlin where I could use a Tandoor when I come home. I would love to bake this bread for you. It is so tasty.

Anyone here that can give me a tip? Not only in Berlin, maybe I could bake this bread where you live one day? 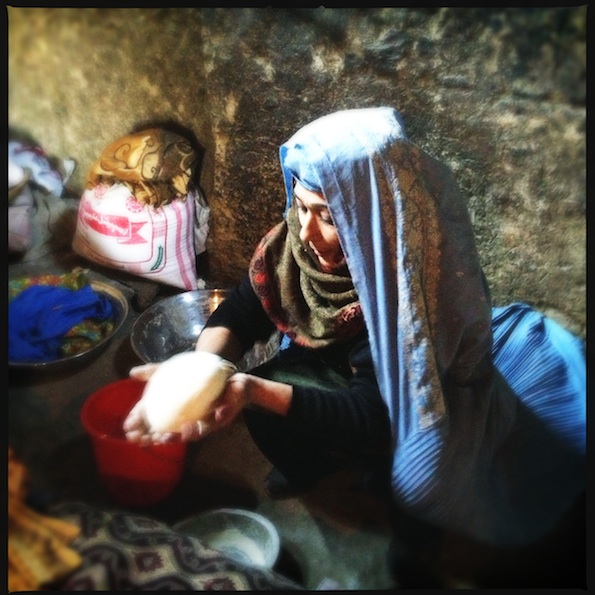 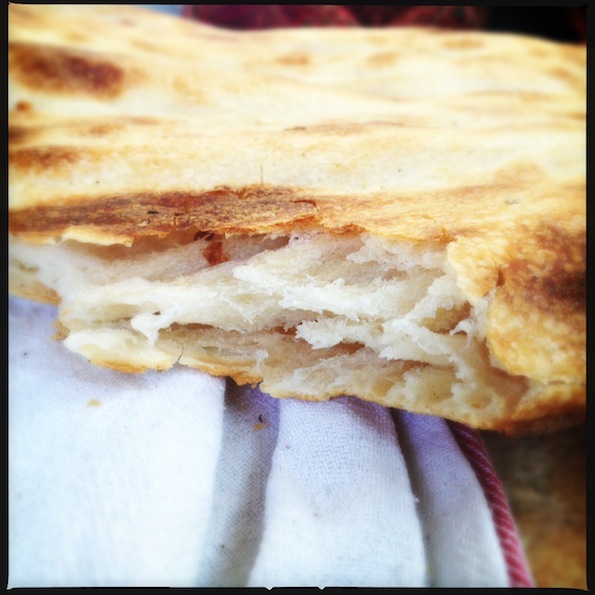 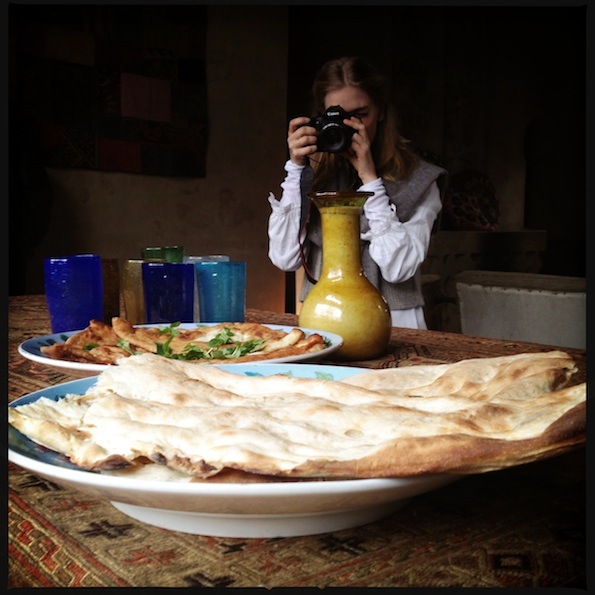 2 Comments on “The Bread”